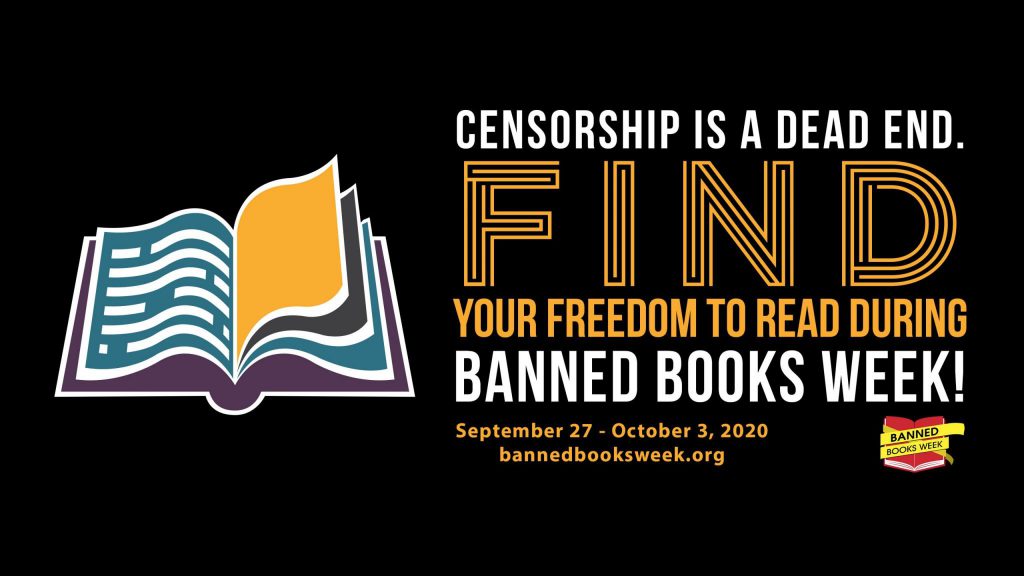 Banned Books Week began back in September 18, 2022, and in many ways we need to be thinking about this topic all year long. This year -2022-has certainly been a challenge in the censorship arena. The theme this year is Books Unite Us. Censorship Divides Us. In light of the multitude of media stories talking about banning books due to political and religious viewpoints, this week is vital in the world of librarians.

The week “celebrates the freedom to read and spotlights current and historical attempts to censor books in libraries and schools. For 40 years, the annual event has brought together the entire book community…in shared support of the freedom to seek and to express ideas, even those some consider unorthodox or unpopular,” according to the ALA Office for Intellectual Freedom.

They also published a press release on September 16 stating, “Between January 1 and August 31, 2022, ALA documented 681 attempts to ban or restrict library resources, and 1,651 unique titles were targeted. In 2021, ALA reported 729 attempts to censor library resources, targeting 1,597 books… the highest number of attempted book bans since ALA began compiling these lists more than 20 years ago.” This same organization also regularly publishes news articles about what’s happening in the world of banned books and censorship. There’s a surprising number of incidents across the nation where people are working to get certain books removed from collections where their kids could potentially access them. As a parent, I review any materials before reading them to my child. If I don’t like it, I put it back on the shelf and move on. What isn’t ideal for my family may be impactful and relatable for someone else.

During times of extreme political chaos, books challenges are often made and librarians in all sectors face harsh criticisms. It is our job as librarians to continue to take a stand for intellectual freedom, especially during these divisive political times. If you can this week, take a moment to pat yourself on the back for continuing to fight this battle. Our communities depend on us.